During October half term we were invited along to try out a Halloween themed messy play session with Little Learners UK. Messy play is so great for little ones, but it’s not so great when the mess is in your dining room and you are the one that has to clean up after it! So it’s was a very welcome invitation!

Little Learners run classes all over the UK, with the aim to make to make learning fun through encouraging mark making, stimulating senses, strengthening core muscles and developing motor skills, sparking creativity and developing social skills. Adding a theme such as the Halloween event we attended or any other seasonal event in the year, makes it extra fun and Finley was really excited about his alternative Halloween party this year!

When we arrived, Class Leader Amanda welcomed all of the children and helped them pick out some ribbons to dance with along with singing a song and explained all of the areas the children could get involved with. They first area Finley headed towards was the Play-doh, which is a current favourite at home. He loved cutting out lots of shapes and rolling it out with the rolling pins. 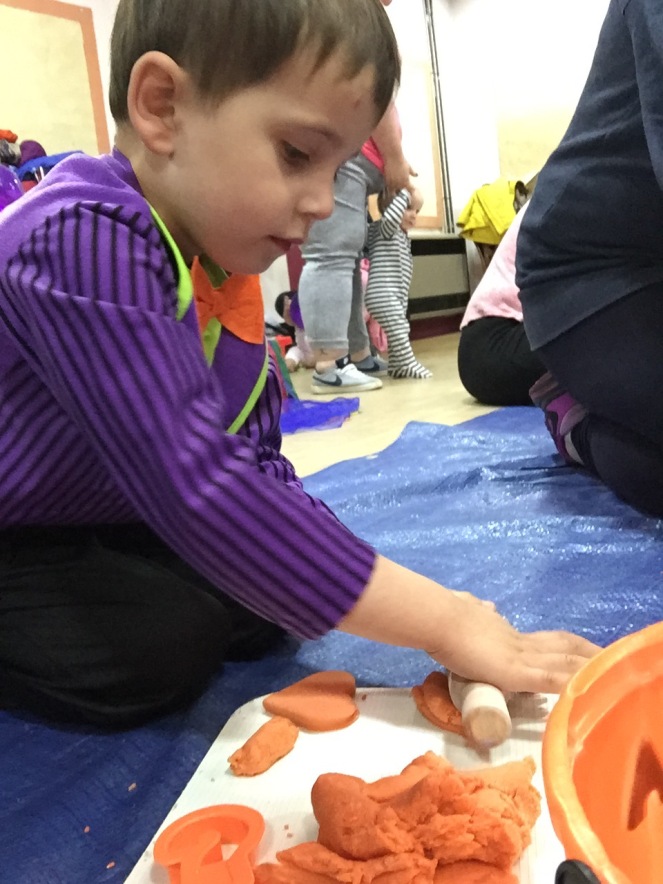 The next area he picked out to try out was the huge painting area in the middle of the hall. There were huge trays of orange, green and black paint for the children to put their hands in and put handprints on the paper. There were also a selection of paintbrushes and tools to make patterns with too. We spent quite a while on this area – it was a big hit!

A favourite of mine was the slime filled pumpkin! It was bit like a witches cauldron, stirring around with snakes inside with a wooden spoon. We also liked the orange and green rice to make marks in. 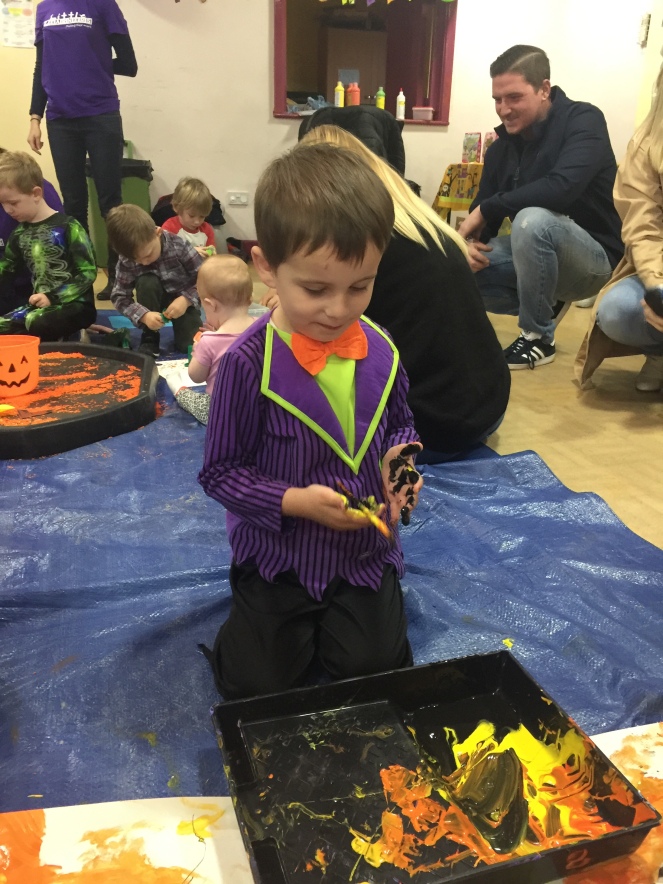 Lastly we went to see the craft area, with colouring pencils, glue and scissors. We are really trying to develop Finley’s fine motor skills at the moment, and he is learning to write at school so there were lots of things here that really helped with this. 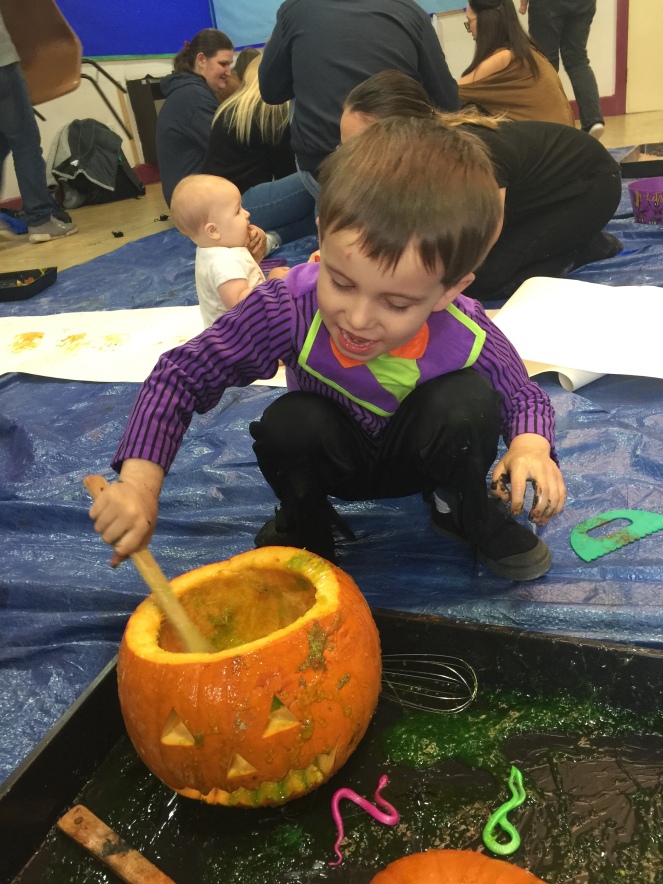 We really enjoyed the session, and I would definitely love to take Finley again. Maybe a bit of background music would have added to the atmosphere. But it was loads of fun, and the best part being, we went home to a tidy house!

*We were given complimentary tickets to this event in exchange for an honest review. All opinions are mine (and Finley’s!) own*

View all posts by yammymommyblog